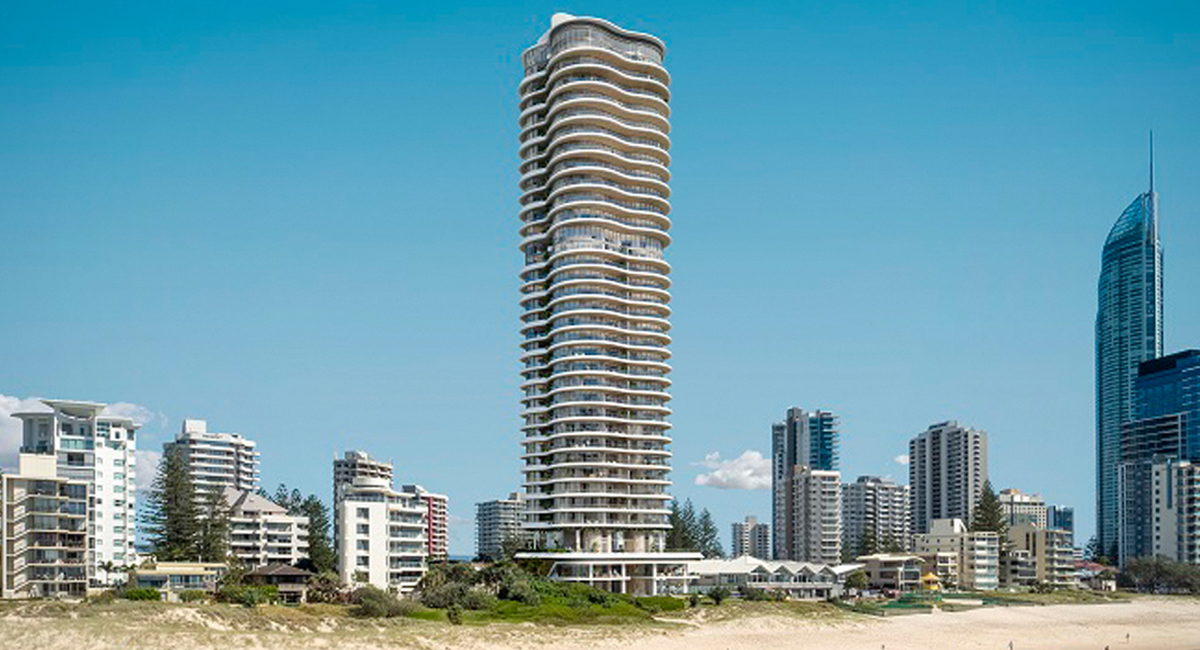 CONSTRUCTION on a $200 million absolute beachfront tower in Surfers Paradise will kick this month after Sydney-based Sammut awarded Multiplex the building contract for its Gold Coast project.

Coast, at 43 Garfield Terrace, has achieved a sales record for the Gold Coast with an average price of $5.25 million per apartment recorded following its release late last year. It has set a new price record for sub-penthouses twice on the Gold Coast, one for $8.775 million and then another for $8.95 million – both of which sold to interstate buyers.vate dining areas.

Sammut Group is undertaking development of the 35-level tower in partnership with financier Alceon Group.

“This is an exciting project for us, being our first in Queensland, and we are looking forward to breaking ground on Gold Coast soil in the coming weeks,” Sammut Group COO Julian Sammut said.

“Coast will be a defining benchmark for the Gold Coast, and we look forward to leveraging our extensive track record of delivering high quality projects across Australia to bring this striking residential collection to life,” Multiplex regional director, David Redding.

About 400 workers will be employed during the construction period.

Coast was designed by PBD Architects. Amenities WILL include a 32-metre pool that wraps around the exterior of the building along the entire eastern and northern frontages, accompanied by a cabana and lounges, a barbecue entertaining area, wellness facilities including a yoga studio, massage rooms and sauna, function facilities, a bar with breakout areas and a commercial-sized gym.