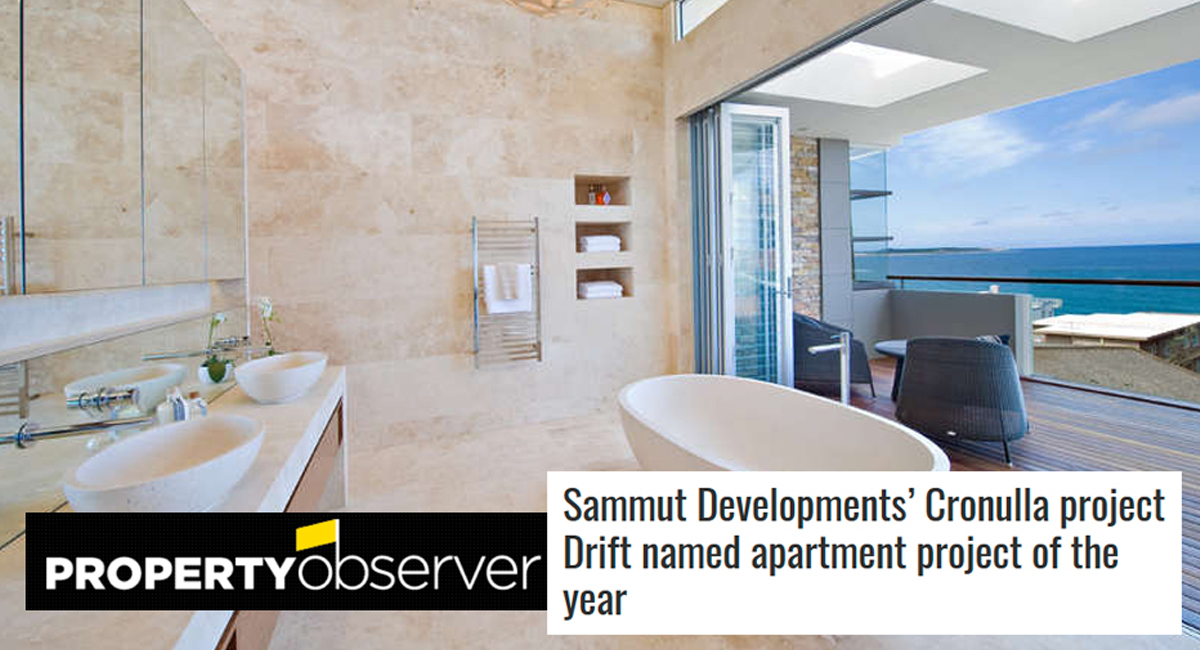 Drift, the Cronulla apartment development by Sammut Developments, has won the HIA Australian apartment project of the year. The judges described the apartments as having “house-like proportions, an extremely high level of workmanship and innovative and environmentally sustainable features”.

The Sammuts have 22 awards from both the Housing Industry Association awards and Master Builders Association, including their 2008 development, “Coast”, another prestige apartment development in Cronulla. The Drift development was completed in early 2010 on Gerrale Street, having sold almost half off the plan by spring 2009. The marketing was undertaken by Beach and Bay Realty agent Kylie Emans and Natalie Vials.

The typical apartment was 300 square metres with triple garaging. Brothers Allen and John Sammut, well known in the Sutherland and St George areas, had nominated Drift in the category of apartments over $1 million build cost per apartment. Its standard floor sales ranged between $2 million and $3.2 million.

Its 11 apartments, with two on each level plus penthouse occupying the entire top floor. Sammut Developments’ next block, Breeze will replace a 1970s apartment block and a commercial building at 19-21 Gerrale Street.